Hey there! In the last week, I've worked a bit on the project. Added sprint and fall damage. I also Converted the project to run with URP (Universal Render Pipeline) which allow lights and shadows to be casted on 2d textures. This is awesome when using a torch in a dark level. For now, I only added a global light where you can feel that each corner of the screen gets darker.

Let's see what does the game look now : 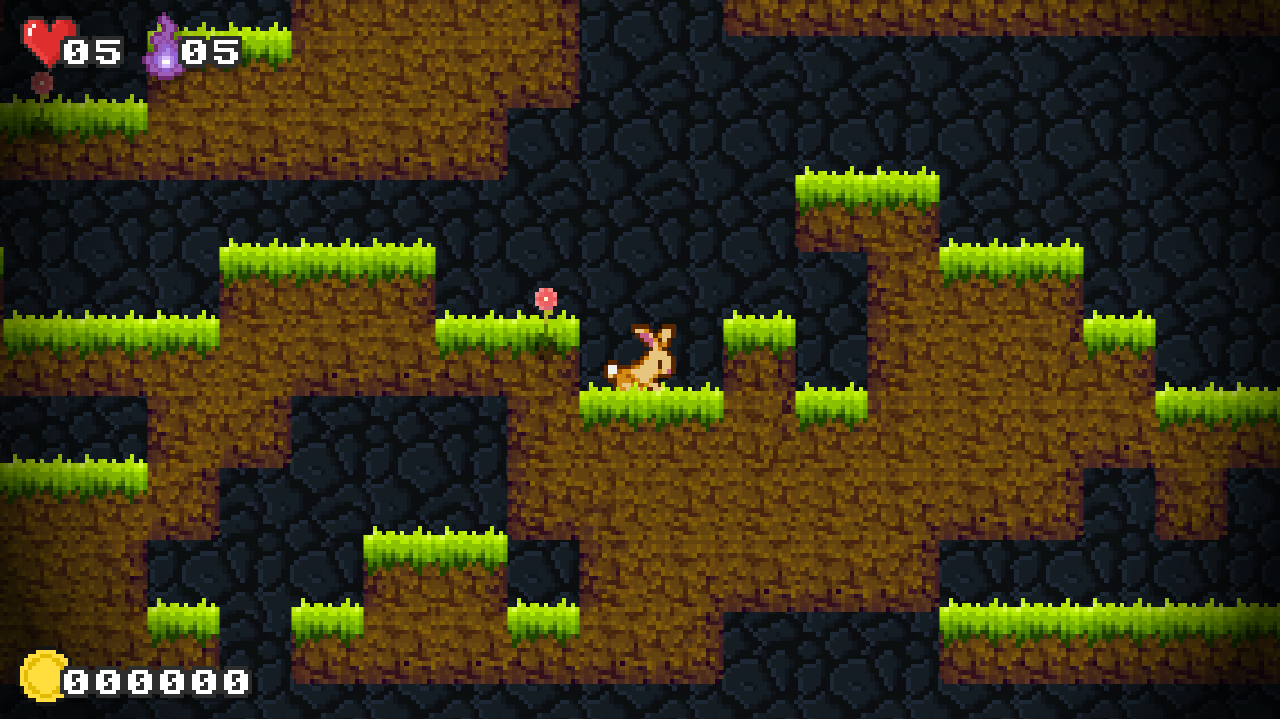 I added some UI elements like health, mana and coins. All are working at the moment :) When you land after falling for more than X tiles, your HP will drop by one. There is nothing at the moment to make coins raise, but i swear it works :) If you read the previous post, you can clearly see some changes in the textures. Dirt and grass are looking way better now, but still probably going to update the dirt one day, i'm still not satisfied with it. I've also updated how the ground/grass work. There was already one tilemap for the ground and one tilemap for the grass, but I decided to add some offset.y to the grass tilemap, this way I was able to put the grass a bit over the ground but still a bit over the character. The goal was to have grass completely disconnected from ground, allowing me to remove grass when you destroy the map. 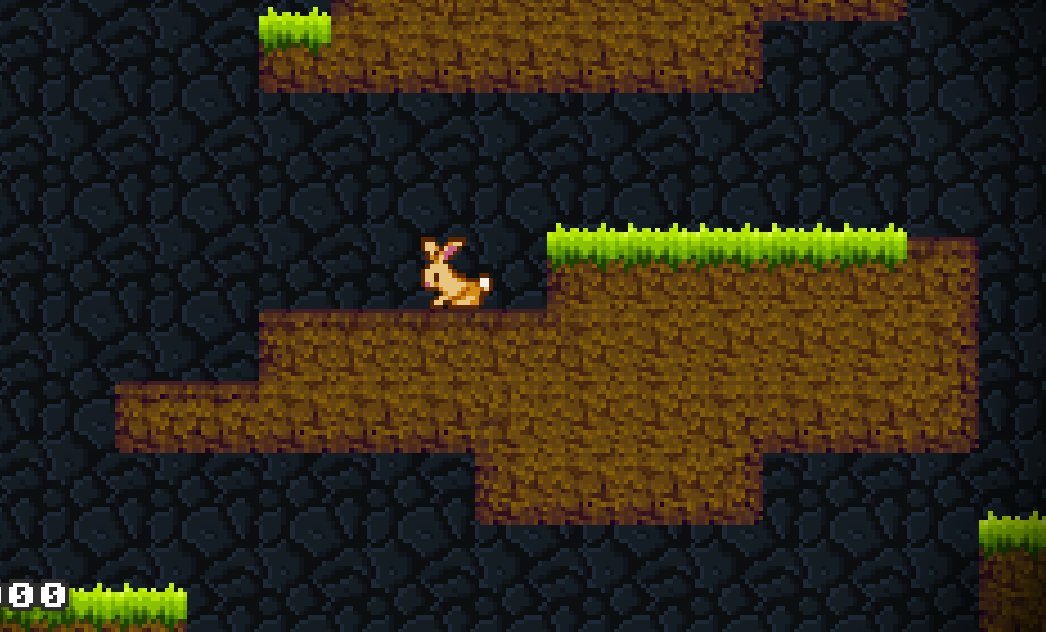 Once burned, the grass tile is removed from the second tilemap which gives a great feel of destruction :)

And here comes the last changes I made in the last few days : Throwing fire balls to destroy the map. At the moment, there is no animation or sound, it just takes the character coordinates, then looks for the first wall in the 8 closest tiles and when it finds one, it destroy this tile and everything around it. If after 8 tiles it doesnt collide with anything, then it will burst in the air (right now we dont see anything since there is no animation)

This low quality gif gives you a look at the fire balls but also the current game physic. I opted for a fast and tight control without any acceleration or deceleration and high gravity, a bit like you can find in Spelunky but probably even more close to Celeste. I think, a lot of people learning to make games end up using bad physics because the gravity is too light (when you jump, you fall super slowly but you can control your X position super quick in the air. It's not good). I really wanted to get something fast paced, similar to "reality" in big quotes.

My current plan when casting a fire ball is to create a beam from the character to the wall, then an explosion after a quick delay. Maybe some slow motion or blur.. I don't know, but I'll try to make sure the explosion has some impact since we'll be limited in the number of use in a game.

I think that's it for now. It still doesnt look amazing right now, but everything is getting together slowly :) I'm still not sure what will be the next thing i'm going to work on, but I'll post again in a few days or week :)